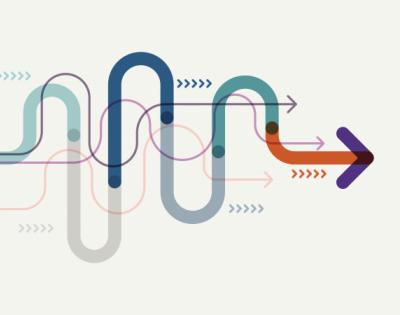 Sept. 22, 2015, marked the beginning of Holly Heiser's recovery journey. "I can't believe my life has gone the direction it has. I have been given a huge gift, I got my life back!" she says. 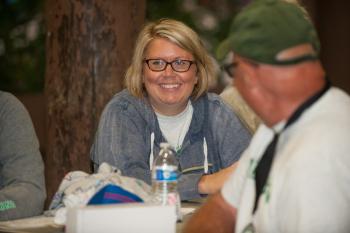 In 2018, Holly shared her story in an article for It's Her Brand magazine. An updated version of that story is below: 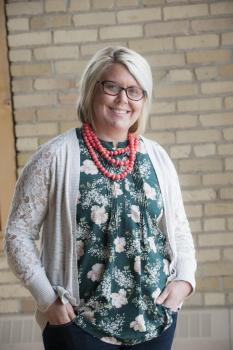 No one would have guessed Holly Heiser was a closet alcoholic. The Moorhead mom kept her house neat and clean. Her son always looked cute and took part in lots of organized activities.

But it was all part of the lie, a way to cover up her drinking. By this point, Holly had told so many lies – to her husband, family and employers. She lied to the detox center staff after her second DUI offense, and to the admissions counselor at a local treatment center.

She drank at home and tried to hide it. She bought liquor in square-shaped plastic bottles; glass ones made too much noise when she opened the drawer. Holly knew which liquor stores to stop at on which days, so she didn’t visit any of them too often. She’d get cash back at the grocery store so she wouldn’t have too many ATM withdrawals.

Every now and then she’d quit for a few days, just enough to get people off her back, but would always start again.

Eventually, Holly was drinking vodka straight from the bottles hidden around her tidy home.

They say an alcoholic has to hit rock bottom before they can be helped. Holly hit hers on a Friday. The police were called. Her family convinced her to go to the emergency room that night. The doctor there told her about First Step Recovery.

The next week, nervous and overwhelmed, Holly sat in an office at First Step and sobbed. “For the first time, I spilled my guts, all the lies I told, like I was on fast forward. I couldn’t get everything out fast enough,” she says. “That day I felt like I lost 500 pounds.”

“Besides the people, there’s something about that place. I felt so comfortable and safe there,” Holly says. “They understand exactly what’s going on and why you’re doing the things you’re doing.”

First Step Recovery is a nonprofit addiction center providing outpatient treatment for adults. It was founded in 2000, and became part of The Village Family Service Center in 2011.

First Step takes an individualized, holistic approach to treatment, incorporating each person’s physical, emotional, and mental health. For example, early in her recovery, Holly says the thoughts in her head tempting her to drink were overwhelming. Her nurse at First Step helped her get on the right medication. “It made everything more clear in my head,” she says.

People often think of addiction treatment as being inpatient or residential. While this is appropriate for some, First Step allows its clients to stay in their lives while they’re getting help. First Step offers daytime and evening programming so patients can continue working while attending treatment.

The cost for treatment is like any other health issue. It’s covered under most health insurance plans. First Step is an approved provider for North Dakota Substance Use Disorder (SUD) vouchers, and payment plans are available.

The recovery journey begins with acceptance, and understanding that this is a chronic disease. Clients learn coping skills, like stress management, boundaries and how to say no. They begin to build a support system of friends, family, and other sober people who can help them make healthy choices.

First Step is also a proponent of treating the whole family. It is the only treatment center in the region to offer a standalone Family Program at no charge.

Addiction affects family members emotionally, physically, and spiritually as much as it does the person with the substance use disorder. It tends to put wedges between relationships. It thrives on secrecy. But when people come to treatment, they find out very quickly they are not alone.

That’s what it was like for Holly’s husband. As other family members shared about their loved one, he told Holly it was like they were talking about her.

“They made him see it is a disease, and it’s going to be one day at a time for the rest of my life,” Holly says about the Family Program.

Holly is glad to see more attention being paid to addiction, so more people can understand it’s not something you can just stop.

“I would have stopped in two seconds if I could have,” she says.

She hopes her story will encourage others to seek help from a place like First Step.

“I don’t want anybody to go through what I went through,” Holly says. “The help is out there. Recovery is possible.”

What Happens during a Substance Use Evaluation?
Image

How to Avoid a Holiday Relapse
Image

Loving Someone with a Substance Use Disorder
Image