It was close to Mother’s Day when Ruth Weber and Britany Williams headed out for their first get-together as Big Sister and Little Sister. They decided to drop by the Humane Society garage sale and let 6-year-old Britany choose a gift for her mom. After passing over a variety of Mother’s Day gift possibilities, something caught Britany’s eye. “I found this statue. It was of, like, a sewer rat with red glowing eyes, and it was really ugly,” Britany said. “And I was like, ‘I want to get this for my mom!’” “And it lit up,” Ruth said. “Not only did it have red eyes and it was grey and awful, but [...]

Living in Color After PTSD 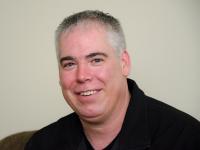 Scott struggled with PTSD, but didn't know what was wrong. He found help at The Village. Scott Geiselhart should have died. The gun should have fired. Instead, when he aimed his revolver at himself and pulled the trigger, it just clicked. Nothing more. Scott slammed the gun on the desk at his mechanic shop in Frazee, MN. He was stunned and shaking. A long, painful path led Scott to this moment. He had been a volunteer firefighter for 20 years. It was something he was proud of. He helped build the Frazee Fire Department’s extrication unit. “Got the truck together and all of a sudden, we got a [...]

How Becoming a Mentor Can Change Your Life

Framed photos decorate Char Laney’s tidy desk at JDP Electric, Inc., in Fargo. Among pictures of family members and pets is a small silver frame. It shows Char with her “youngest friend,” on their first outing to West Acres mall. Since 2014, Char has volunteered with Big Brothers Big Sisters of The Village as a mentor. It started with a simple commitment: to meet with her young mentee once a week at a nearby elementary school over her lunch break. “The first day, I just knew we clicked,” Char says. “I have no problem making conversation. Neither does she.” Char Laney would spend one lunch hour [...]

Apollo is a smart little guy, but was struggling at daycare. His parents didn't understand what was going on. Then, they found help at The Village in St. Cloud. Apollo was diagnosed with sensory perception disorder, and his parents are learning how to help him. This is their story: If you're concerned about your child's behavior or mental health, please contact The Village. You can call the office nearest you, or request an appointment online.

Eleven-year-old Colton stood next to his estranged father’s gravesite with his mom and younger brother, and read aloud the letter he’d written to him at the suggestion of his Village family therapy counselor. Colton, his brother, Drake, and mom, Shannon* received in-home family therapy from The Village after a series of events – including divorce, termination of dad’s parental rights, and medical issues – threw the family into chaos. Shannon says with The Village's help, she’s learned better ways to deal with her sons’ behaviors, set boundaries with her parents, and strengthen her family’s [...]

For years Nancy lived in fear. In silence. Worry-filled days and sleepless nights were her reality. Her son, Trevor*, was an alcoholic. He’d turned to alcohol to self-medicate his anxiety, only for things to get worse. Nancy tried to help. She pleaded and bartered with Trevor, but she couldn’t fix it. Nancy had read that alcoholics have to hit rock bottom before they become serious about recovery. Rock bottom happened, and in a desperate Sunday morning phone call, Trevor asked for help. A friend had told Nancy about First Step Recovery. Trevor made the call, and Nancy drove him. She asked if [...]

How Kristin, Bernie, and Aubrey Became a Family

Aubrey is a sweet and contented toddler. She erupts in giggles when her dad, Bernie, flips up the footrest of her pint-sized, pink recliner, or when her mom, Kristin, covers her cheeks with kisses. She is the perfect example of the miracle of adoption. She was what Bernie and Kristin were waiting for during the six years they tried to have a child biologically. “We knew we wanted to become a family, somehow,” Kristin says. And she was what they were waiting for once they decided to start the adoption process. It took time and patience for that perfect couple to find their book and choose them [...]

Karl and Ervin Have a Brotherly Connection

Ervin didn’t like reading. So every week, his Big Brothers Big Sisters mentor, Karl would come to his school, sit with him, and help him with the words. That’s what a Big Brother does. He shows up. Every time. Six years later, Karl still shows up for Ervin. “He’s helped me get through the hard times, and he’s always been there for me when I need him,” Ervin says. “He’s one of my best friends. He’s like a real brother to me.” Karl and Ervin have been matched through Big Brothers Big Sisters of The Village since Ervin was in second grade. He’ll finish junior high this spring. Then it’s off to [...] 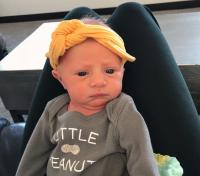 Paislee Rae Day memorializes a beautiful baby girl, and thanks agencies for adoption services. Precious Paislee Rae spent just 11 days on Earth, but in that short amount of time, the tiny girl made a major impact. She reminded her adoptive parents, Cal and Ashley Berry, that you don’t need to give birth to a child to immediately fall in love with her. And her brief life now serves as a symbol of adoption, and reminds others that, even if our quest for family doesn’t always go as planned, the reward is so great that it’s always worth trying again. Now Paislee Rae is remembered by many, thanks [...] 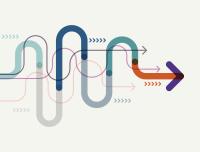 Sept. 22, 2015, marked the beginning of Holly Heiser's recovery journey. "I can't believe my life has gone the direction it has. I have been given a huge gift, I got my life back!" she says. In 2018, Holly shared her story in an article for It's Her Brand magazine. An updated version of that story is below: No one would have guessed Holly Heiser was a closet alcoholic. The Moorhead mom kept her house neat and clean. Her son always looked cute and took part in lots of organized activities. But it was all part of the lie, a way to cover up her drinking. By this point, Holly had told so many lies [...]
Subscribe to Testimonial
Image