Learning to Walk Down the Road to Recovery

September is Recovery Month, a time to celebrate recovery and raise awareness that addiction is a treatable disease. John's story demonstrates that recovering from addiction is possible! John was struggling mightily. He had started drinking every day. He was at risk of losing his family, his business, his sense of self. His physical and emotional well-being were all going downhill. His wife, Aaste, told him he needed to go to treatment. She gave him a list, and suggested he call First Step Recovery. Walking through the doors of First Step was scary, John says, but not as scary as where his [...]

Better Way of Living: A Personal Story of Recovery 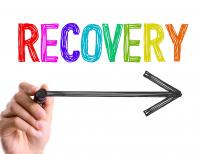 During Recovery Month, observed nationally every September, we remember the lives lost to the disease of addiction and celebrate with those who found the treatment they needed to get well. Here is one of those stories, as told by an alumnus of First Step Recovery of The Village: It was May 2015, and I was scared. My health was suffering with several short hospital stays for pancreatitis (too much alcohol for too long) and ketoacidosis (high blood sugars for too long). My career was in stress and legal problems had been the reason for several job offers being pulled. In short, I knew I was in [...]

Enhancing Lives One Client At A Time 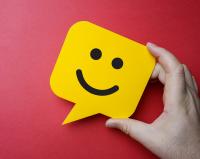 No man is an island, Thomas Merton wrote. Much of the satisfaction and enjoyment in our lives stems from our relationships. Family. Friends. Colleagues. Romantic partners. They are central to our physical and emotional wellbeing. Relationships are also incredibly challenging, problematic, and, at times, painful. Because at the core of every relationship are human beings who make mistakes. As a young adult, Sara felt like the roles had been reversed in her immediate family. Difficulties in her parents’ relationship and their actions spilled over to the entire family. “Parents are supposed to [...]

An Amazing Journey: One Client's Story of Growth and Change

When Molly* first came to The Village’s Moorhead office, she had no idea how much it would come to mean to her. Now she describes it as a “place of miracles,” where she feels safe to share honestly, ask questions, be challenged, break down walls, learn, and grow. Molly wrote a letter thanking her counselor, Joni Medenwald, MSW, LICSW. Here’s Molly's story, in her own words: I first met Joni at the end of 2012. In August of that year, I started a new job. I was very excited about the new position, but I soon came to realize that I was in way over my head. I was getting super stressed and [...]

How a Podcast, Counseling, and TikTok Helped Casey Cope

Casey Leigh might never have made an appointment to see a counselor if she hadn’t heard two women talking about their mental health journeys on a true crime podcast. The 27-year-old Fargo woman had convinced herself she didn’t need therapy, that other people needed counseling more than she did. Hearing the podcast hosts be so open about their mental health inspired Casey to contact The Village Family Service Center to address the anxiety and depression she’s struggled with since the age of 12. “I have childhood trauma that stems from neglectful parents,” she says. “I’m very negative toward [...]

What Does Recovery Mean to Those Affected?

September is Recovery Month! Recovery Month is the perfect time to recognize what recovering from substance use really means. Take a closer look at the effects of addiction and celebrate those who have started on the pathway to long-term sobriety. The Village’s First Step Recovery program provides a caring environment for adults struggling with substance use disorders. Slogan Contest This month, First Step is celebrating Recovery Month in a number of ways. One of those ways was a slogan contest. The First Step team set up a wall in their office where clients could write their ideas for a [...]

Nothing Helped, Then The Village Entered Their Lives 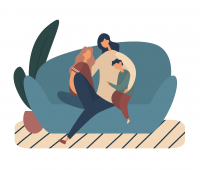 Sandy Nelson’s daughter was running away and cutting herself. She’d had suicidal thoughts. Nothing was helping her. She was getting worse. That’s when The Village Family Service Center entered their lives. Through In-Home Family Therapy, Outpatient Counseling, and mentoring through Big Brothers Big Sisters, the West Fargo family is less stressed and better able to relate to one another. Sandy adopted her three children from foster care. Her 11-year-old son came to her at birth. Her daughter came to her at age 6, and is now 16. Sandy adopted her daughter’s brother when he was 2½. Now he’s 11 [...]

From an early age, Xander's behaviors were frustrating for his mom, April. The aggression. The anger. The family sought help and a diagnosis, but the answers they got never added up. Years passed, and they were still struggling. After April and Xander moved to West Fargo, they began receiving In-Home Family Therapy services from The Village Family Service Center. With their therapist's help and guidance, Xander received testing and an appropriate diagnosis. They now have access to the resources they needed to get along and communicate better, and for Xander to take positive strides in his [...]

1 out of 5 Americans suffer from behavioral health-related illnesses each year, resulting in strained relationships, lost wages, and even death. The consequences can be devastating, as one local family knows all too well. In the span of just 18 months, they lost three loved ones to suicide. Through in-home family therapy and school-based mental health services from The Village Family Service Center, Rachel* and her children gained the coping skills and tools they needed to start the healing process. Here is their story, in Rachel's own words: January 23, 2018, was a day that changed our family [...]

The call came at 8 p.m. Loren and Cameo Frieze’s son was about to be born 300 miles away. “We drove like crazy and got there just in time for the birth,” Cameo remembers. Surrounded by members of his birth family, they met their newborn son, Pierson, in the delivery room. Days later they would make the 5-hour drive back to Mott, ND, as a family of three. Loren and Cameo are high school sweethearts who had been married 13 years when Pierson was born. Unable to have children biologically, they decided to go through the adoption process. It was a hard sell for Loren at first, but looking back, he [...]
Subscribe to Testimonial
Image