There's No Guts or Confidence in Ghosting

Why Being a 'Ghost' Is Not a Sign of Courage
Image

I recently read a Steve Boese blog that described how the University of Alabama quarterbacks coach, Dan Enos, left in the middle of the night for a new coaching stint at the University of Miami without telling his boss, Head Coach Nick Saban. Saban was reported to be on the verge of promoting Enos to offensive coach. Looks like Enos got out of town just in time to dodge that bullet!

Boese seems to favor this “ghosting” behavior, justifying it as the result of a “hot” job market, and even lauds the behavior, proclaiming that it takes “guts and confidence” for an individual to leave a job without notice. He describes ghosting as a “phenomenon whereby a friend, a romantic partner … a job candidate or employee seems to disappear – and ceases to respond to any and all forms of outreach and communication. Phone calls are not answered, texts are not responded to, and pretty much no matter how you try to get in touch with the ghost, your efforts are unsuccessful.”

According to Boese, it takes "guts and confidence" to be a ghost. I believe his perspective is shallow and short-sighted, but interesting.

Let’s back up a step or two. Say that you just aren’t satisfied with that shiny new job you got last month or last year. For whatever reason (benefits, perks, insensitive coworkers, an overbearing supervisor, crummy culture), you decide it isn’t a good fit for you and you need to move on. So you start checking out your opportunities and lo and behold, you find what appears to be a magical best-fit. You apply and bingo! You go through the whole process and are offered the job. Congratulations! Wisely, you didn’t telegraph your intentions back at the home office because you didn’t want to count your chickens before they hatch. Smart. Now today is hatch day. Cool.

According to Boese, you could be that unique individual who has the “guts and confidence” to walk off the job without so much as an “I’m outta here!” and surreptitiously empty your desk, collect your stuff, and beat-feet down the hall. It would be a good idea to thumbtack a quick note to HR’s door to let them know where Accounting should send your last check. Just sayin’ at the very least you’ll want to close that loop.

To me, it’s an issue of integrity, or the lack thereof. If a person has a problem with someone or something, it takes real guts and real confidence to respectfully and firmly face it head-on. Ask those who have. It isn’t for the faint of heart. Running away from problems in the middle of the night is straight-up cowardice in the vast majority of job-related situations, and not showing up or disappearing because something else “better” came along is just plain rude.

Why is it that some people won’t face their issues head-on? Enos isn’t wet behind the ears; the man’s 50 years old and has been in the college football coaching business for a long time, so it can’t just be an age or generational thing. I don’t know why Enos left Alabama, but I’m convinced that with his 20-plus years of coaching experience, he’s had disagreements with coaches, players, and parents long before his (short) time at Alabama, so that can’t be it.

The “why” isn’t the issue here; it’s the “how” that I find highly suspicious.

Character counts, and I have to believe that most rational, logical, mature people understand that and would agree. Part of being a person with high moral character involves being courageous.

Being a ghost is not a display of courage. Ghosting does not support the notion that the ghost has a strong character and it certainly is not character-building. It does not build healthy relationships. It does not “fix” problems. In the end, it does not lead to healthy self-esteem or a good reputation. In short, being a ghost isn’t good for anyone, especially the ghost.

To paraphrase a wise saying, choose today either life or death in your personal and professional relationships. No one but you has the power to choose, and no one but you is responsible for the outcomes or the consequences. 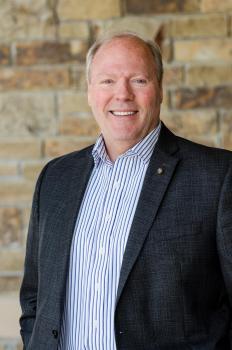 John Trombley retired from The Village Business Institute in 2019. He has a bachelor’s degree in psychology from the University of Alaska, Anchorage, and a Master of Management degree from the University of Mary, Fargo where he serves as an adjunct faculty member. He is a motivational speaker with over 20 years of experience in providing training programs and consulting services in a wide variety of organization development scenarios. John is registered with the Supreme Court of the State of Minnesota as a Qualified Neutral mediator under ADR Rule 114, and is also certified in Internal Investigations by the Council on Education in Management.

Previously, John served as a Command Pilot, Squadron Commander and senior staff officer in the USAF and Air National Guard, and retired as a Lieutenant Colonel with over 6,200 flying hours.

Stress and Mental Health in the Workplace
Image

It's Time to Embrace Diversity in the Workplace
Image

How Worrying Can Get the Best of Us
Image