How Worrying Can Get the Best of Us

As humans, we tend to worry. We worry about what might happen tomorrow, next week, or maybe even later today. If we draw breath, we’re susceptible to worrying. While none of us are alone in the worry-wart business, worrying is unique to mankind and to the future. We don’t worry about what happened in the past, only the effect of those events on the future. I also don’t believe we humans will ever be free from worrying; rather, managing worry appears to be the challenge. Sometimes our worries are well-founded. They prompt us to take action – hopefully positive action – to reduce, redirect, or [...]

Workplace Matters: The Value of Culture

Stress and Mental Health in the Workplace

The average person will spend 90,000 hours at work over their lifetime. That is equivalent to 11,250 8-hour workdays. It’s safe to say that your job and workplace can have a considerable impact on your mental health and quality of life. If employees are experiencing a lot of stress at work, they're bound to be unhappy. In a 2021 Work Health Survey conducted by Mental Health America (MHA), they set out to provide an opportunity to better understand four different mental health challenges that employees face in the workplace. Mental Health Challenges Employees Face 1. Financial Insecurity With [...]

“We are all a little different and that is OK. In fact, it’s good, if we strive to understand each other, accept each other, and respect each other. If we do that, our diversity can make us stronger as a community.” Recently we’ve been writing about the importance of examining our unconscious bias and digging deeper to understand how these biases can permeate the workplace, affecting our recruitment, retention, promotion and decision-making process. While on this journey of becoming aware of our unconscious bias, it’s key to be able to challenge our assumptions, personally and professionally [...]

It's Never Too Late to Capture Missed Opportunities

Man, if I only knew then what I know now, I’d be … rich, married to the "right person," successful, happy … You fill in the blank. It seems we all have 20/20 hindsight telling us where we “missed it” and, in my experience, that can be rather painful. Many of those lost opportunities may never come our way again, at least not in the same way, but more on that later. It’s not rocket science: Saying “yes” to one thing means we are saying “no” to something else. Unfortunately, we don’t often see it for what it is at the time. For example, have you ever taken the time to review your bank statements [...]

Finding Balance Between Achievement and Contentment

There's No Guts or Confidence in Ghosting

I recently read a Steve Boese blog that described how the University of Alabama quarterbacks coach, Dan Enos, left in the middle of the night for a new coaching stint at the University of Miami without telling his boss, Head Coach Nick Saban. Saban was reported to be on the verge of promoting Enos to offensive coach. Looks like Enos got out of town just in time to dodge that bullet! Boese seems to favor this “ghosting” behavior, justifying it as the result of a “hot” job market, and even lauds the behavior, proclaiming that it takes “guts and confidence” for an individual to leave a job [...]

How Journaling Changed My Life

For many people the act of reflectively writing about life’s daily lessons is strangely close to that of having a root canal. Suddenly, all coherent thought evaporates as the memories of lessons learned become lost in the vacuum of space. It’s probably what professionals call “writer’s block.” Whatever it is, it’s like nature is conspiring against us in our efforts to learn from our experiences so that we don’t have to take another miserable trip around that old worn-out mountain. You know the one I’m talking about. HINT: A journal won’t write itself, so just start writing something – anything [...]

The Challenges of Finding a Work-Life Balance 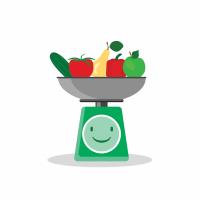 Work-life balance is an interesting concept. Many people have written about it, conducted research on it, and trained countless numbers of us in how to achieve it. You would think with all that focus we would all be well-balanced and happy by now, but apparently that’s more wishful thinking than reality. If there were an “easy” button that you and I could press to make all things right, we would have pressed it already, right? A more realistic view is that for one person, being balanced is a different experience than that of another person. That is, what you consider to be balanced may not fit [...]

How to Make Meetings Feel Less Like a Root Canal

You’re moving along, getting work done, feeling productive, and then you have to stop for a meeting. Normally this wouldn’t bother you, but you’re not sure why you were invited to this meeting, or even what the purpose of the meeting is. So you break your concentration and hope you can get back into the flow afterward. While in the meeting, you get frustrated because there is no clear direction, people are talking over each other and, worst of all, the meeting produces nothing but more questions and increased frustration. You go back to your task and realize the motivation and drive you had [...]
Subscribe to Workplace
Image